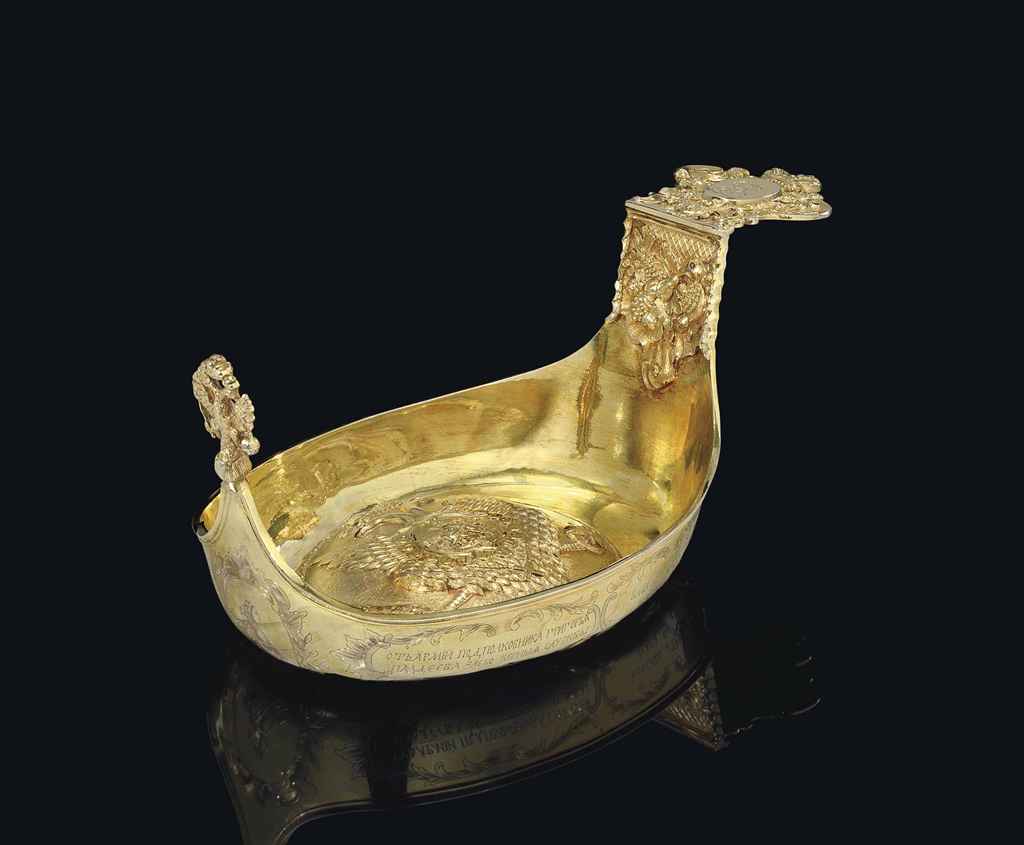 Lot Description
A SILVER-GILT IMPERIAL PRESENTATION KOVSH
MOSCOW, CIRCA 1795
Of traditional form with raised prow and handle, the bowl repoussé with a circular reserve centring an Imperial double-headed eagle with the orb and sceptre, centring St George slaying the dragon and with suspending a chain inscribed in Russian ‘For faith and loyalty’, the exterior sides chased with Russian dedication inscription ‘[This kovsh] presented by Empress Ekaterina II [Catherine the Great] to the Lieutenant Colonel Grigori Pozdeev, Campaign Ataman of the Don Voisko at the Winter Svanitsa [Stanitsa?] for his true service in Moscow on 24 May 1795’, within engraved foliate cartouches, the shaped flat handle centring the monogram of Empress Catherine the Great within densely cast and chased foliate scrolls and rocaille, the finial cast and chased as an Imperial double-headed eagle, the front engraved with the Empress Catherine the Great in profile within a foliate cartouche, apparently unmarked; the base engraved in Cyrillic ‘No 8: / K. Kochubei.’
12 in. (30 cm.) wide
17.43 oz. (542.2 gr.) gross
Pre-Lot Text
PROPERTY FROM A PRIVATE SWISS COLLECTION