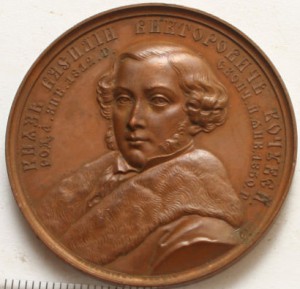 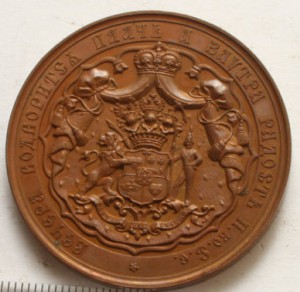 Pr. Vassili Viktorovitch was born to Viktor Pavlovitch who was a count at the time of his son’s birth but nearly 20 years later was made a prince by Emperor Nicholas I and in due course his family and descendants all carried the title. The bronze medal was struck in 1850 in the year of Pr. Vassili Viktorovitch’s death in commemoration of a man who had died too early.  His image on the medal is most certainly borrowed from a watercolour portrait by Piotr Sokolov who painted many of the illustrious families in the first quarter of the 19th century.

He left two young daughters and a widow would never remarry again. The commemorative medal is all the more special as it is a way to remember a man who built an extraordinary coin collection. It has been written that he started collecting coins at the age of 10 and was assistant curator in St. Petersburg school district. His collections was unique in that its sheer number and the rarity of many of the coins (Parnach coin, Olbia, Pantikapaion, etc.), made it the best private coin collection in Russia.

In describing the catalog of Pr. Vassily Viktotovitch’s coin collection written by Bernhard von Koehne seven years after his death in 1850, a leading UK book seller writes about the catalog and the collector…. 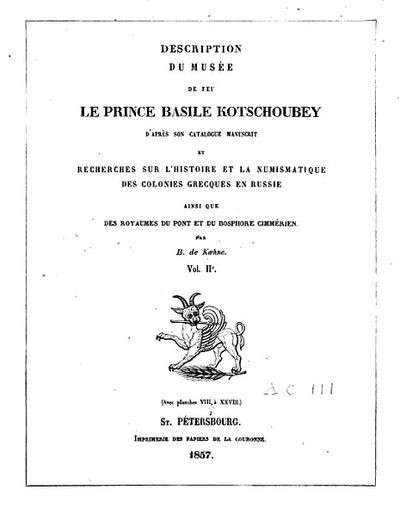